“ONSEN GUESTHOUSE TSUTAYA” is a very historical hot spring inn that was founded by
Tsutaya Heizaemon in the Edo era. Here, you will enjoy soaking in the Sokokura-Onsen, which
was one of the seven outstanding Onsens of Hakone during the Edo era.
From ancient times, it was known as a hidden hot spring, and is known to be the one that
healed the wounds of many Sengoku warlords.

A modern therapeutic bathing room atmosphere is created by the use of Izuaoishi for the
entire large public bath even including the floor and the bathing pool.
Izuaoishi has a smooth texture, and its blueness deepens and sparkle increases as it gets
wet.

With each step, unwrap your heart and mind by entering into the Onsen steam.

Wind blowing brings a sound of Jakotsu-gawa river, and Taiko-no taki waterfall. And you will hear the sounds when you step into corridors to reach an outdoor hot spring bath.
The outdoor bath is surrounded by Japanese traditional architecture made of bamboo.
Take a relaxing time with Sokokura hot spring and enjoy the ancient Japanese atmosphere.

“Sokokura,” one of the seven outstanding Onsens of Hakone

Hakone carries its history as an Onsen location from the Sengoku era. Sokokura, where we are located, as well as Yumoto, Tonosawa, Dougashima, Miyanoshita, Kiga, and Ashinoyu, were called “the seven outstanding Onsens of Hakone” and have been loved by many Toji visitors.

These were named after the Taiko stone bath and Taiko-no-taki waterfall of Sokokura, Hakone, and Nene was the name of Hideyoshi’s wife. Enjoy running the smooth hot spring water on your skin while listening to the sound of a transparent stream. 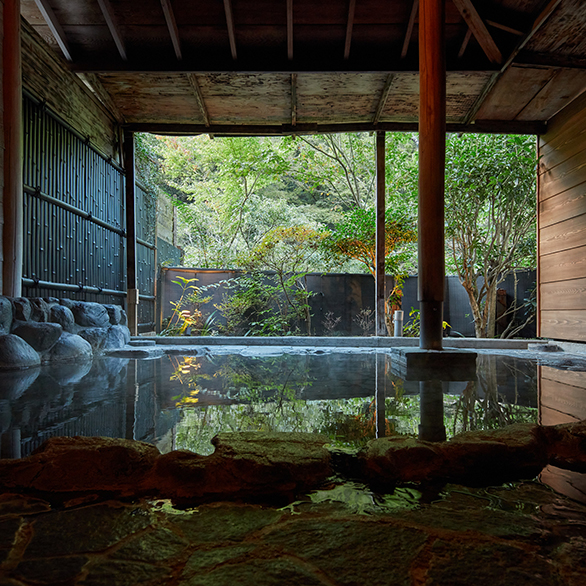 The outstanding Onsen that supported the “overnight castle” of Hideyohsi

Toyotomi Hideyoshi has built a castle in only two months in order to conquer the Odawara castle. It has been said that he constructed stone baths in Sokokura to care for wounded and exhausted soldiers.

The pioneer of Toji, the therapeutic Onsen

Sokokura hot spring was the pioneer of Toji, a therapeutic Onsen with its high temperature sodium chloride water and simple hot springs that flow out from cracks of rocks, where Sengoku warlords healed their wounds as a “hidden hot spring” as well as received moxibustion treatment and diet therapy from the accommodation owner.

Our hot spring bath is made from locally characterized stone, Izuaoishi, which is brought from Izu region in Shizuoka Prefecture. The stone covers all the bathing room floor and bathing pools. 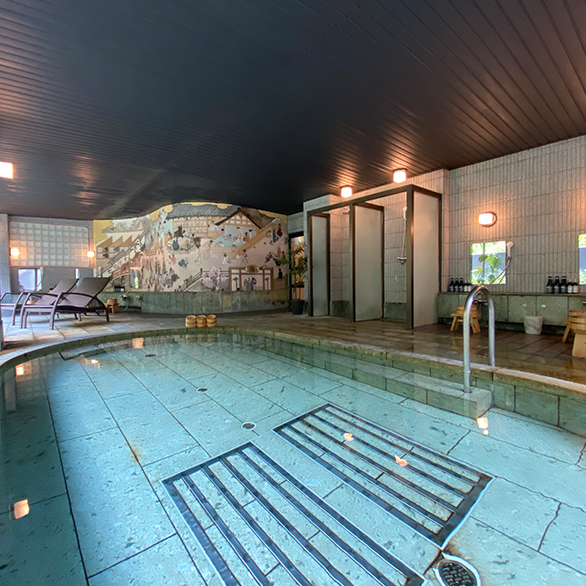 It is a smaller public bath looking at Yachiyo bridge. “Izuaoishi” which has a silky texture and highly effective far-infrared rays are hardly produced domestically, and is a very rare stone that has been called “phantom stone” in recent years. 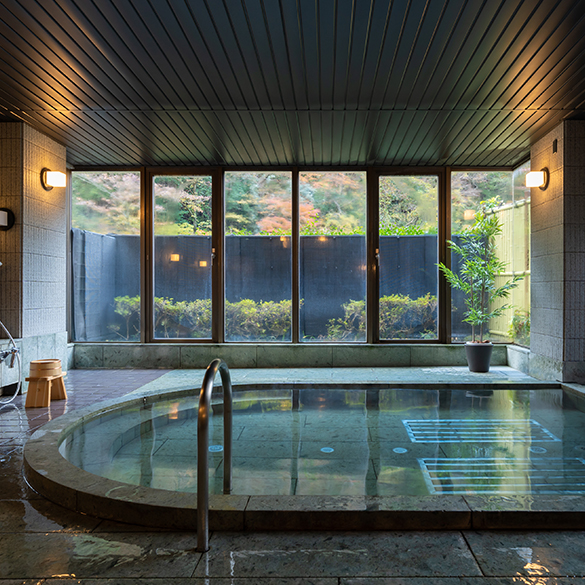